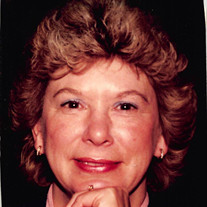 Zelda B. Page, 84, of Hoopeston, IL., passed away at 5:48 A.M. Thursday, January, 3, 2019 at Carle Foundation Hospital in Urbana, IL. She was born August 20, 1934, the daughter of Clyde and Rosalie (Bills) Ross. She married Truman Page on October 14, 1985. He survives in Hoopeston. She is survived by one daughter, Diana (Darrell) Wallace of Perrysville, IN.; one son, Max Boswell of Hoopeston, IL.; two step sons, Curtis (Merrilee) Page of Hoopeston and Craige (June) Page of Hoopeston, IL.; two sisters, Marlene (John) Porst of Mecca, IN. and Brenda (Lester) Sims of Mecca, IN.; nineteen grandchildren, twenty great – grandchildren and several nieces and nephews. She was preceded in death by her parents; one brother, Don Ross; and one grandson, Chris Page. Zelda was a medical records technician in Hoopeston for eighteen years and in Watseka for four years. She was a member of the American Legion Auxiliary for thirty- five years and attended the First Christian Church Disciples of Christ in Hoopeston. Zelda played the piano, enjoyed college basketball and was an avid Illinois fan. A visitation will be held 11:00 A.M. – 1:00 P.M. Monday, January 7, 2019 at the Anderson Funeral Home 427 E. Main St. Hoopeston, IL. The funeral service will follow the visitation at 1:00 P.M. at the funeral home with Rev. Tom Cici officiating. Burial will follow the service at Sunset Memorial Park in Danville, IL. Memorials may be made to the First Christian Church Disciples of Christ 502 E. Main St. Hoopeston, IL. 60942.

The family of Zelda B. Page created this Life Tributes page to make it easy to share your memories.

Send flowers to the Page family.