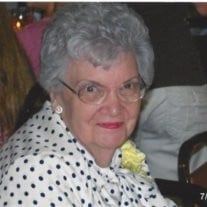 Wilma Jean Underwood, 82, of Hoopeston, IL, passed away at 12:30 A.M. Monday December 23, 2013 at Heartland Health Care Center in Paxton, IL. She was born September 10, 1931, in East Lynn, IL, the daughter of Ray and Mabel (Sides) Riley. She married Carroll Underwood on December 24, 1948. He preceded her in death on November 29, 2001. She is survived by one daughter, Renne’ (Dennis) Carter of Vancouver, Washington; four sons, Brian (Becky) Underwood of Hoopeston, IL, Todd (Darcee) Underwood of Kokomo, IN, Rick (Amanda) Underwood of Vancouver, Washington and David Underwood of Hoopeston, IL; one sister, Betty (Chuck) Hollen of Wisconsin; one brother, Wayne (Sue) Riley of Clearwater, FL; 15 grandchildren; eight great-grandchildren and many nieces and nephews. She was preceded in death by her parents; two sons, Randy and Donald Underwood; two step-sons, Robert and James Underwood; three sisters and three brothers. Wilma dedicated her life to being a homemaker and caring for her family. She was a member of the Hoopeston Disciples of Christ First Christian Church. She was an avid fan of the Chicago Cubs, Chicago Bears and the Fighting Illini. Wilma enjoyed making family history albums and scrapbooks for her family and playing Yahtzee, but her greatest enjoyment was spending time with her family. Memorials may be made to the Hoopeston Multi-Agency 206 S. First Ave. Hoopeston, IL 60942 or the Save the Lorraine Foundation C/O Community Bank of Hoopeston 221 Bank St. Hoopeston, IL 60942.

The family of Wilma Jean Underwood created this Life Tributes page to make it easy to share your memories.

Send flowers to the Underwood family.