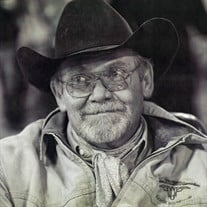 William “Bill” Barrett Couch, 67, Owensville, Ind., passed away Nov. 12, 2018, at RiverOaks Health Campus, Princeton, Ind., after a long, hard-fought battle with multiple sclerosis. Bill was born August 21, 1951, to George Melvin and Margaret Jeanette (Barrett) Couch in Princeton. His mother survives. He grew up showing cattle in 4-H and assisted in the cattle operation of his dad and uncle – Couch Brothers Polled Herefords. Upon finishing high school, Bill started Couch’s Custom Fitting Service. Through this business, he fitted some of the first Simmental cattle to enter the country, including the first Grand Champion Simmental Bull at the National Western Stock Show in Denver, Colo. In the first 15 years Simmentals were shown at the NWSS, Couch exhibited a national champion or reserve national champion 14 times. In 1983, Bill and his family moved to Stephenville, Texas, where Bill worked as manager of Diamond C Ranch, where he managed 2,500 Simmental cattle on 55,000 acres. While in Texas, Bill also served as the Simmental manager for Pharris Farms in Hillsboro. In 1986, Bill and his family returned to the home farm in Owensville, where he established C-Bar Cattle Company, breeding and raising purebred Simmental cattle. After years of raising high-quality Simmental genetics at the home farm, Bill accepted the position of manager of Express Ranches in Yukon, Okla., in 1994. He helped to build the ranch’s Limousin and Angus programs from the ground level. And, during his time with Express, Bill helped to develop the Lim-Flex Limousin-Angus hybrid through the North American Limousin Foundation. After numerous national championship titles with Express, Bill returned to the home farm for a final time in 2002, where he continued to raise Simmental, Angus and Sim-Angus cattle for many years. Throughout his career in the cattle industry, Bill judged many of the world’s largest cattle shows, including the NWSS; North American International Livestock Exposition in Louisville, Ky.; Canadian Agribition; Dixie National Livestock Show in Jackson, Miss.; Fort Worth Stock Show; San Antonio Stock Show and Rodeo; and Houston Livestock Show and Rodeo. Bill was always willing to share his cattle knowledge with other breeders and mentored many young producers with his commonsense approach and “Couchisms” through the years. His slow, southern drawl and dry sense of humor were his trademarks. He strongly believed the youth are the future of the cattle industry and worked closely with young people at the local, state and national levels. He also served as an official and provided stock for many collegiate and high school livestock judging events. This cattleman was recognized for his achievements in the cattle industry through the years, and he held these recognitions in high honor. These include being named the 2005 All-American Limousin Futurity Lim-Flex show honoree; receiving the 2008 Indiana Beef Cattle Association Robert C. Peterson Lifetime Achievement Award; being named a 2010 Indiana Livestock Breeders Hall of Fame Honoree; receiving the 2016 American Simmental Association Golden Book Award; and being named the 2016 Simmental Breeders Sweepstakes show honoree. Bill said his greatest achievements, however, were his family and their continued involvement in the agricultural industry. He is survived by son, Willy, and his wife, Tracie, Fairmont, Okla.; daughter, Christy Couch Lee, and her husband, Craig, Wellington, Ill.; and three grandchildren: Waylon Lee, 13, Nolan Lee, 10, and Caroline Lee, 6, also of Wellington. He is also survived by special friend, Beth Russell, Mount Vernon, Ind. He was preceded in death by his infant brother, Bobby Lee Couch, and his father, Melvin. Bill was a member of the Owensville First Christian Church. A funeral service celebrating Bill’s life will be held Thursday, Nov. 15, at 11 a.m. at the Owensville First Christian Church, 4680 W State Road 168, Owensville, Ind., with Bart Newton officiating. Burial will follow at the Owensville Cemetery. Visitation will be held Wednesday, Nov. 14, from 4-7 p.m. at the church. A scholarship fund through the Simmental Breeders Sweepstakes is being established in Bill’s honor. In lieu of flowers, donations can be made to the Bill Couch Junior Herdsman Scholarship, 256 N 2700 E Road, Wellington, IL 60973. The Couch family wishes to thank RiverOaks Health Campus for their devoted care to Bill throughout the past 3 ½ years. Please visit www.anderson-funeral-home.com to view Bill’s eternal tribute page and to send the family condolences. Anderson Funeral Home in Hoopeston, IL, is handling the arrangements.

The family of William "Bill" Barrett Couch created this Life Tributes page to make it easy to share your memories.

Send flowers to the Couch family.