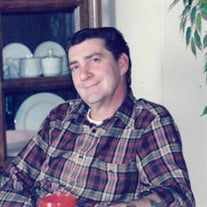 Wayne Eldon Carter, 79, of Hoopeston, IL, passed away at 6:45 P.M. Sunday November 8, 2020 at Carle Hoopeston Regional Health Center in Hoopeston. He was born September 20, 1941, in Danville, IL, the son of Harold Carter and Pauline Ozella Kinser. He married Janet Sue Crawford on May 22, 1966 at the First Christian Church Disciples of Christ in Hoopeston. She preceded him in death. He is survived by one daughter, Cassy Carter of Hoopeston, IL; one son, Wayne Allen (Emily) Carter of Hoopeston, IL; one sister, Diana (Tom) Fortier of Hoopeston, IL; one brother-in-law, Jerry Miller of Hoopeston, IL; four grandchildren, Gabby Carter, Cayley Martin, Carter Martin, and Zach Carter; and four nieces and nephews, Tammy (John) Dixon, Debbie (Rudy) Bauer, Jerry Wayne Miller, and Shannon (Curtis) Tidwell. In addition to his wife, Wayne was preceded in death by his mother, Ozella Taflinger; father, Harold Carter; stepfather, Harold Taflinger; sister, Connie Carter; and two sisters-in-law, Shirley Jean Miller and Carol Knecht. Wayne worked at American National Can which later became Silgan until his retirement. He served in the United States Navy. In his earlier years, Wayne served as a baseball coach for little league and pony league teams and was always there for his own children’s activities. He was very talented and could do most anything from remodeling homes to rebuilding motorcycles and cars or any other task that needed done. Wayne enjoyed gambling with his brother-in-law, Jerry and his greatest enjoyment in life was his family, especially his grandchildren. He could always refocus the family no matter the situation and put a smile on their face. Wayne will always be remembered by those who knew and loved him for his famous mottos, a little money in the bank and got the world by the tail and, hang in there. A visitation will be held 4:00 – 7:00 P.M. Thursday November 12, 2020 at Anderson Funeral Home 427 E. Main St. Hoopeston, IL. A private funeral service will be held, and burial will be in Floral Hill Cemetery in Hoopeston, with military rites being accorded by the Hoopeston American Legion Post #384. We kindly ask that face coverings be worn, and social distancing is maintained by those who attend the visitation and/or service. Memorials in Wayne’s honor may be made to the Hoopeston American Legion Post #384, 502 E. Penn St. Hoopeston, IL 60942.

The family of Wayne Eldon Carter created this Life Tributes page to make it easy to share your memories.