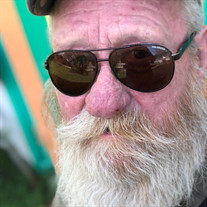 Vernon Fink II, 69, of Tab, IN, passed away on Saturday, September 5, 2020 at his home. He was born January 4, 1951, the son of Vernon and Marjorie (Sides) Fink. He married Roberta Miller on April 29, 1971 at the Nazarene Church. She survives. He is also survived by two sons, Vernon Fink III of Tab, IN and Daryl (Rhonda) Fink of Rossville, IL; one sister, Darla (Frank Jr.) Crawford of Hoopeston, IL; three brothers, Robert (Teresa) Fink of MS, Marty Fink of Hoopeston, IL, and Kevin Fink of Hoopeston, IL; two grandchildren, Danyel and Baylee Fink, and one great grandchild, Ava Fink. Vernon was preceded in death by his parents, one sister, Joye Kholer, two brothers, George Carswell and Tracy Fink, and one son, Michael Fink. For fifteen years, Vernon worked at TruFlex. Per his wishes, cremation rites will be accorded. A memorial service will be held 1:00 P.M. EDT Saturday, September 12, 2020 at the family home in Tab, IN. Memorials may be made to the family.

The family of Vernon Fink II created this Life Tributes page to make it easy to share your memories.