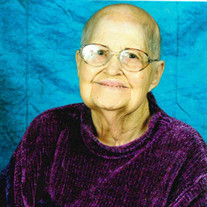 Valaria Margaret “Marge” Skinner, 91, of Rankin, IL, passed away 11:30 P.M. Sunday, August 9, 2020 at Heritage Health Therapy and Senior Living in Hoopeston. She was born October 19, 1928, the daughter of Rudolph and Nellie Marie (Nickles) Sincula. She married Donald Skinner on April 12, 1952. He preceded her in death. She is survived by three daughters, Linda Loy of Lafayette, IN, Cindy (Gayle) Pate of Greenville, IL, and Connie (Kevin) Fink of Hoopeston, IL; two sons, Donald J (Vanessa ) Skinner of Mulberry Grove, IL and Terry Skinner of Hoopeston, IL; eight grandchildren, Penny Smith of Lafayette, IN, Kimberly Lorentzen of Redmond, OR, Trinia Riggs of Rankin, IL, Travis Pate of Greenville, IL, Lindsey (Mike) Roeder of Greenville, IL, Paige Hensley of Hoopeston, IL, Lance Hensley of Danville, IL and Chase Hensley of Hoopeston, IL; nine great grandchildren, Chelsea Martin, Nicholas Smith, Michael Riggs, Wesley Lorentzen, Nova Roeder, Ace Roeder, Kah’mariontae Cooper, Audra Hensley, and Ariah Hensley, and two great-great grandchildren, Hamonie Moudy and Zachariah Moudy. Marge was preceded in death by her parents, step-parents, Spencer and Dorothy Collins, son-in-law, Kenneth Loy, and grandson-in-law David Riggs. Marge was very family oriented. She enjoyed going to family reunions, having get togethers at her home, and spending time with those she loved. She was a quiet woman who mostly stayed to herself. While able bodied and healthy she enjoyed playing cards such as euchre, as well as yahtzee. She was also a huge fan of playing yard ladders. On a typical day, you could find Marge in her favorite chair either reading a mystery novel, doing a word search, or watching the Game Show Network. Although she rarely socialized, she was always there for her family when needed, even if it was simply a listening ear. She was the glue that held everyone together and will be deeply missed by everyone who was fortunate to have known her. A graveside service will be held at 11:00 A.M. Thursday, August 13, 2020 at the Rankin Union Cemetery in Rankin, IL with Rev. Gary Milton officiating. Memorials may be made to the Donor’s Choice.

The family of Valaria "Marge" Skinner created this Life Tributes page to make it easy to share your memories.

Send flowers to the Skinner family.