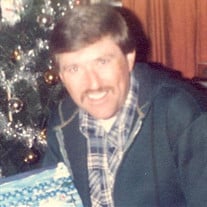 Tommie Ray Wininger, 72, of Springfield, IL, passed away at 10:15 A.M. Sunday April 12, 2015 at his home in Springfield. He was born March 31, 1943, in Champaign, IL, the son of Clyde Wininger and Lavalla (Bridges) Wininger Brown. He was raised by his grandparents Melvin and Gertie (Cox) Bridges in Champaign. He married Cathy Mastin on October 9, 1980, in Rantoul, IL. She survives in Springfield, IL. He is survived by his mother; three daughters, Amy Wininger of Urbana, IL, Tammy Wininger of Douglasville, GA and Diana (Michael) Zierk of Springfield, IL; one son, Tommie (Melinda) Wininger of Rossville, IL; three sisters, Carol Ann (Jim) Souk of Bloomington, IL, Sharon (Jack) King of Philo, IL and Pam (Randy) Gritten of Crawfordsville, IN; two brothers, Charlie (Linda) Brown of Covington, IN and Kevin Brown of Champaign, IL; 8 grandchildren; 2 great-grandchildren and several nieces and nephews. He was preceded in death by his grandparents; father and step-father, John Brown. Tommie owned a Monical’s Pizza and later worked as a car salesman. He then worked in construction and later as a bartender. He was a member of the Christ Episcopal Church in Springfield. Tommie enjoyed racing, fishing and car auctions. Per Tommie’s wishes, he will be cremated. A visitation will be held 3:00 – 6:00 P.M. Friday April 17, 2015 at Anderson Funeral Home 427 E. Main St. Hoopeston. A memorial service will follow the visitation and will begin at 6:00 P.M. Friday April 17, 2015 at the funeral home, with Father Greg Tournoux officiating. No burial will be held. Memorials may be made to the donor’s choice.

The family of Tommie Ray Wininger created this Life Tributes page to make it easy to share your memories.

Send flowers to the Wininger family.