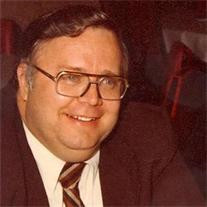 Thomas Allen White, 75, of Hoopeston, IL, passed away May 22, 2013 at his home in Hoopeston. Tom was born in War, West Virginia on January 8, 1938, son of Tom White and Juanita (Hankins) White. He married Rosia Gresham on June 19, 1957 in Chicago, IL. She survives in Hoopeston, IL. He is survived by one daughter: Janie Landram of Hoopeston, IL; two sons: John White of Chicago, IL and Michael (Sonia) White of Chicago, IL; three sisters: Lorraine Stick of Valparaiso, IN, Dorris (Jessie) Galos of Jonesville, Michigan and Carol (Roy) Clark of Wellington, OH; ten grandchildren, four great-grandchildren and several nieces and nephews. He was preceded in death by his parents and grandparents, Lincus and grandparents, Hankins. Tom was employed for the Bank of America for over 40 years as an Assistant Vice President until his retirement. Tom enjoyed doing volunteer work with his grandchildren. Together they cleaned up Goose Island in downtown Chicago, IL, every year this was their project. He also enjoyed camping, rafting, traveling and watching sports, especially the Chicago White Sox and Chicago Bulls. Tom also enjoyed collecting and building Lionel Train sets. His greatest enjoyment was spending time with his family, grandchildren and great-grandchildren.

The family of Thomas White created this Life Tributes page to make it easy to share your memories.