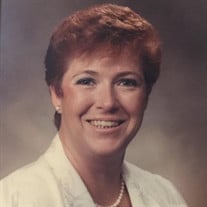 Sharon Kay Moore, 78, of Hoopeston, IL, passed away at 10:15 A.M. Friday November 20, 2020 at her home. She was born July 17, 1942, in Watseka, IL, the daughter of Deke Redman and Shirley (Martin) Henke and was also raised by her step-father, “Pud” Henke. She married Butch Moore on March 28, 1975 in Danville, IL. He survives in Hoopeston. She is also survived by three daughters, Angela Burke of Cissna Park, IL, Kelly (Roy) Jenkins of Gilman, IL, and Christy Burke (Jerry Rhodes) of Danville, IL; two sons, Timothy “Tim” Burke of Hoopeston, IL and David (Kellie) Wallace of Terre Haute, IN; one sister, Patsy Simpson of Hoopeston, IL; 21 grandchildren; 28 great-grandchildren; and many nieces and nephews. She was preceded in death by her parents; one son, Jamie Moore; one sister, Georgia Rutledge; two brothers-in-law, Joe Rutledge and Bill Simpson; and one great-granddaughter, Kyla Kinney. Sharon worked in sales owning her own drapery business. She was a member of the Community Nazarene Church in Hoopeston. She loved spending time with her family, grandchildren, and her puppies. A private graveside service will be held at Floral Hill Cemetery. Memorials may be made to Sharon’s family.

The family of Sharon Kay Moore created this Life Tributes page to make it easy to share your memories.

Send flowers to the Moore family.