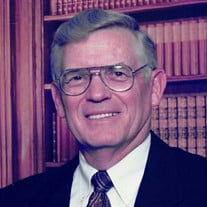 Sharon Eugene Houmes, 84, of Acworth, Georgia (formerly of Hoopeston), passed away Thursday, June 29, 2017. He was born on November 13, 1932 in Rankin, Illinois, the son of Rex and Sylvia (Longfellow) Houmes. He married Leona “Oney” Mae Eells on June 24, 1951 in East Lynn, Illinois. She survives. He was a beloved husband, father, pawpaw, and servant of God. He is survived by his four children: Sharlyn “Sherry” (Gary) Miller of Hoopeston; Mark (Kathie) Houmes of Land O Lakes, Florida; Jamee (Shane) Ricketts of Acworth, Georgia; Matthew “Matt” (Ashley) Houmes of Weston, Florida; ten grandchildren: Ryan Miller, Jenna (Rich) Huskey, Brittany (Jay) Prevatt, Stephanie (Nathan) Brewer, Nolan Houmes, Austin, Rylee and Kyndall Ricketts, Hudson and Crosby Houmes; and nine great-grandchildren. Sharon started his career with American Can Company in 1951, working in the Hoopeston, Englewood, Maywood, Tampa and Forest Park, Georgia plants. He retired as plant controller in 1994. While living in Hoopeston, he was a very active member of the community. He was a member of the Jaycees, Rotary Club and Hubbard Trail Country Club. He was a member of the United Fund and served on the Hoopeston School Board. He was a devoted member of the Hoopeston United Methodist Church. He received the Distinguished Service Award in 1969. After moving to Georgia, Sharon served as a devoted member of the Clarkston United Methodist Church. Sharon loved the game of baseball. He will be remembered as “Coach” by many as he coached both of his sons’ Little League teams. He traveled many miles watching his sons and grandsons play baseball as they grew older. Growing up in Illinois he cheered for the Cubs, but switched his allegiance to the Braves after moving to Georgia. He traveled to Florida with his church family to watch Spring training. As per his wishes, he was cremated. A visitation will be held 10:00 A.M. – 12:00 P.M. Saturday, July 15, 2017 at the Hoopeston United Methodist Church. The funeral service will follow the visitation and begin at 12:00 P.M. with Steve Unger officiating. Burial will follow at the Rossville Cemetery. A Celebration of Life will be held at the Hubbard Trail Country Club from 1:30 – 4:30. In lieu of flowers, the family requests donations be made to the WellStar Foundation Hospice Program 805 Sandy Plains Road Suite 100 Marietta, Georgia 30066 or wellstar.org/givetohospice or the Hoopeston United Methodist Church 403 Main Street Hoopeston, Illinois 60942.

The family of Sharon Eugene Houmes created this Life Tributes page to make it easy to share your memories.

Send flowers to the Houmes family.