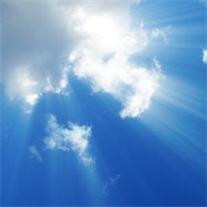 Ruth Margaret Carmin, 94, passed away peacefully in her sleep at 2:22 P.M. Thursday, October 4, 2012 at the Country Terrace Senior Living Apartments in Hoopeston, IL. She was born October 11, 1917 on the family farm in Sugar Creek, just west of Milford, IL. Her parents were James and Leona (Highsmith) Laird. She was the fifth of eight children; Ray (Helen) Laird, Roy (Lucille) Laird, Ruby (Leroy) Hodge, Reed "Bill" (Flossie) Laird, Russell "Jack" (Pauline) Laird, Rosemary (Garland) Stone, and Robert "Bob" (Barbara) Laird. She graduated from Milford High School in 1935 and was married to Delbert Carmin, of Lovejoy Township on December 24, 1936 at The United Methodist Church parsonage in Wellington, IL. He preceded her in death in 1985. Together they spent their entire married life in Lovejoy Township and Wellington. They had two sons, Roger David and Wayne Jeffery. She was preceded in death by her parents, five brothers and two sisters. Ruth is survived by her two sons, Roger (Mary Ann) Carmin of New Haven, Missouri and Wayne Carmin and Jane Risley of Wellington; one special sister-in-law, Pauline Laird of Jefferson City, Missouri; two grandsons, Dr. Brion Benninger (Alison) of Portland, Oregon and John Carmin of Oakton, Virginia; four great-grandsons, Benjamin, Nathaniel and Zachary Carmin-Kluger and Jack Benninger. She is also survived by three step-grandchildren with their children and grandchildren and several dear nieces and nephews. Ruth was a fulltime homemaker while her boys were growing up and then was inducted into the U.S. Postal Service in 1959. She worked at the Wellington and Milford Post Offices until her retirement in 1989 at age 71. She was a published authoress of poetry and an accomplished baker and quilter. She was an avid reader and life-long student, preferring books that broadened her horizons to reading fiction. Per her wishes, Ruth will be cremated. Graveside services will be conducted at 11:00 A.M. Thursday, October 11, 2012 at the Floral Hill Cemetery in Hoopeston with Steve Unger officiating. Memorials may be directed to the Country Terrace Senior Living Apartments 705 E. Orange St. Hoopeston, IL.

Ruth Margaret Carmin, 94, passed away peacefully in her sleep at 2:22 P.M. Thursday, October 4, 2012 at the Country Terrace Senior Living Apartments in Hoopeston, IL. She was born October 11, 1917 on the family farm in Sugar Creek, just west... View Obituary & Service Information

The family of Ruth Carmin created this Life Tributes page to make it easy to share your memories.

Ruth Margaret Carmin, 94, passed away peacefully in her sleep...

Send flowers to the Carmin family.