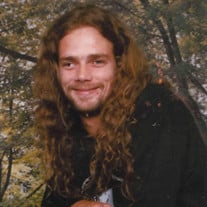 Roy Edward “Eddy” Burton, 51, of Milford, IL, passed away at 2:37 P.M. Tuesday September 14, 2021, at Advocate Christ Medical Center in Oaklawn, IL. He was born June 20, 1970, in Danville, IL, the son of Roy E. Burton and Carol A. Kinnaird (Michael) Folmar. He is survived by his mother and step-father, Carol and Michael Folmar of Milford, IL; his fiancé, Lorrie Shoaf of Milford, IL; children, Tiffani Ann Sanders of Danville, IL, Edward Ryon Burton of Milford, IL, Brandon Battering of Fowler, IN, Ryan Madison of Enterprise, AL and Sabrina Estevane of Enterprise, AL; two sisters, Toy Lynn Burton of Gilman, IL and Derien Folmar (Matthew Cox) of Danville, IL; two brothers, Christopher A. Burton of Milford, IL and Chad M. Folmar of Milford, IL; 9 grandchildren; and several nieces and nephews. He was preceded in death by his father, Roy E. Burton; brother, Jamie Joe Burton; and his grandparents. Eddy worked for Times Republic delivering newspapers to Indiana. He loved working on, and riding go carts and working on stereos. He always had a joke for everyone and would help anyone in need. Cremation rites will be accorded, and a celebration of life will be held at a later date. Memorials may be made in Eddy’s memory to the donor’s choice.

The family of Roy Edward "Eddy" Burton created this Life Tributes page to make it easy to share your memories.

Send flowers to the Burton family.