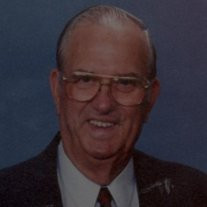 Robert “Bob” Walters, 87, of Danville, IL, passed away at 8:35 P.M. Wednesday October 16, 2013, at Carle Foundation Hospital in Urbana, IL. He was born August 17, 1926, in Hoopeston, IL, the son of Tom and Toy (Absher) Walters. He married Zelma “Mickey” Gossett on November 9, 1946 in Danville, IL. They were married for 65 years before she preceded him in death on February 17, 2012. He is survived by two sons, Mike (Patty) Walters of Danville, IL and Tom Walters (Monica Bolton) of Danville, IL; one sister, Pauline Reckner of Hoopeston, IL; three grandchildren and several nieces and nephews. He was preceded in death by his parents and two sisters, Betty Walters and Shirley Abbott. He was aboard the USS LST-576 from the time it was commissioned out of Evansville, Indiana in June 1944 until its return home in 1946. It was scrapped shortly after. During World War II LST-576 was assigned to the Asiatic-Pacific Theater and participated in the Luzon operation - Lingayen Gulf landings, January 1945 and the Okinawa Gunto operation – Assault and occupation of Okinawa Gunto, April 1945. LST-576 earned two battle stars for World War II service. Bob was very proud of his service in the United States Navy and was active with the American Legion Post 210, where he was a life member and served as Commander in 1981. He was also active in and a life member of the Veterans of Foreign War. Over his life time, he volunteered over 10,000 hours at the Veteran’s Administration in Danville. He and Mickey enjoyed several LST 576 reunions with veterans and their families over the years. In October 2012, Bob enjoyed two full days touring all of the various monuments and memorials with over eighty other WWII Veterans as part of the Central Illinois Honor Flight. This was truly one of the highlights of his life. Bob was a 32nd Degree Mason and Past Master of Further Light Lodge 1130. He was very proud that both of his sons are also Past Masters of the lodge. Bob served as the President of the Danville Youth Football Conference and was the franchise holder for the Tornado Youth Football program for many years. He and Mickey touched the lives of many kids and families and in April 2012, former players hosted a Tornado football reunion in their honor. He enjoyed Illini football and basketball, Chicago Bears, Sprint Car Racing and the Indianapolis Motor Speedway, but most of all, he was an avid fan of any and all activities his grandchildren participated in over the years. Nothing made him happier than spending time with his family. We will miss you, Bo. And from Jordan, Trey and Braden, “Hey, PawPaw, One Thing More… WE LOVE YOU!”

The family of Robert "Bob" Walters created this Life Tributes page to make it easy to share your memories.

Send flowers to the Walters family.