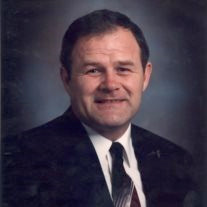 Robert L. “Buster” Miller Jr., 56, of Hoopeston, IL, passed away at 7:14 P.M. Wednesday February 12, 2014 at his home in Hoopeston. He was born October 13, 1957, in Danville, IL, the son of Robert and Florence (Cox) Miller. He is survived by one daughter, Jamie (Bill) Pierce of Onarga, IL and one son, Josh (Jamie) Miller of Hoopeston, IL; three sisters, Myra (Phil) Harper of Jamesburg, IL, Roberta (Vernon) Fink of Tab, IN, and Ariana “Janie” Carmen of Shilo, IL; six grandchildren; six great-grandchildren and nine nieces and nephews. He was preceded in death by his father Robert L. Miller, his mother Florence “Louise” Miller, and one brother, Carl Michael Doss. Robert worked as a probation officer. He served in the United States Marine Corps as a Senior Staff Sergeant. He belonged to the VFW and was a lifetime member. Robert was an avid outdoors man. He enjoyed running in marathons and doing triathlons, wrestling, hiking, rock climbing, and biking. He also enjoyed swimming, fishing and shooting. Per his wishes cremation rites will be accorded. A Private Military Service will be held at a later date.

The family of Robert Leon Miller Jr. created this Life Tributes page to make it easy to share your memories.