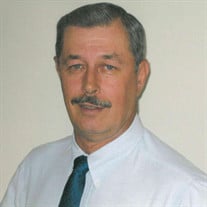 Rick Edwin Payne, 70, of Hoopeston, IL, passed away at 11:20 P.M. Friday October 9, 2020 at his home. He was born June 28, 1950, in Danville, IL, the son of Isham “Ike” and Beulah (Smith) Payne. He married Margarita (Lopez) Scharm on November 30, 1996 in Newtown, IL. She survives in Hoopeston. He is also survived by one daughter, Lenae (Stacy) Luke of Oakwood, IL; two step-children, Steve (Debbie) Scharm of Huntley, IL and Kathy Scharm of Hoopeston, IL; one granddaughter, Harper Luke; 6 step-grandchildren, Danielle, Breanna, Randy, Clayton, Leif, and Steve; and four step-great-grandchildren, Ace, Sage, Ella, and Ashlyn. He was preceded in death by his parents. Rick started his career as a sales representative for Federal Cartridge Corp. and then moved to Alaska where he became an entrepreneur in 1970 in sales and a Class A Big Game hunting guide. He later returned to Hoopeston and opened Alaska US Sports Marketing and consulted many companies in sales and marketing. Rick was always inventing and thinking of new business ideas. He was a member of the Moose Lodge #1534 in Anchorage, AK, the Hoopeston American Legion Post #384 and the Danville Rifle and Pistol Club. His hobbies included hunting and fishing and he especially enjoyed visiting with family and friends. Per his wishes, cremation rites will be accorded. A visitation will be held 11:00 A.M. – 1:00 P.M. Tuesday October 20, 2020 at Anderson Funeral Home 427 E. Main St. Hoopeston, IL. A graveside service will follow the visitation and will begin at 1:30 P.M. at Floral Hill Cemetery in Hoopeston, IL, with Steve Unger officiating. We kindly ask that face coverings be worn and social distancing is maintained by those who attend the visitation and/or graveside service. Memorials may be made to the American Cancer Society, P.O. Box 22478, Oklahoma City, OK 73123.

The family of Rick Edwin Payne created this Life Tributes page to make it easy to share your memories.

Send flowers to the Payne family.