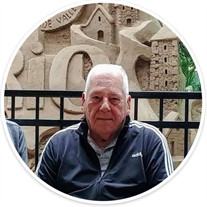 Richard Dean “Rich” Lee, 83, of Rossville, IL, passed away at 11:26 A.M. Sunday August 1, 2021, at his home. He was born May 3, 1938, in Danville, IL, the son of Charles and Lilian (Alt) Lee. He married Linda Viles on April 12, 1958, in Corinth, MS. She survives in Rossville. He is also survived by two daughters, Terri (Jim) Prather of Hoopeston, IL and Kathy (Scott) Barragree of Colorado Springs, CO; one son, Tim (Dawn) Lee of Avon, IN; three sisters, Linda (Jerry) Jones of New Port Richey, FL, Carolyn Curry of Hoopeston, IL, and Judy Rayfield of Rossville, IL; 6 grandchildren, Rene (Nate) Stewart, Kevin Barragree, Kyle (Laura) Lee, Megan (Randy) Stuffle, Tyler Prather, and Katie Prather; eight great-grandchildren; and several nieces and nephews. He was preceded in death by his parents and two brothers-in-law, Cova Curry, Jr. and Dave Rayfield. Richard worked at American Can in Hoopeston for 38 years. He was also a co-owner of Lazy L Western Store and The Boot Shop for many years. He was a member of the Rossville United Methodist Church. He was also a member of the Rossville Saddle Club, the Rossville Commercial Club, and had served as Scout Master of the Eagle Scouts. As a 77-year resident of Rossville, Richard enjoyed volunteering in the community and previously served on the Rossville Village Board, the Park Board, the Rossville Fire District Board, and the Rossville-Alvin Grade School Board. He enjoyed the outdoors and gardening and took much pride in caring for his yard. Richard also enjoyed traveling to Texas with his wife Linda, golfing, watching the Chicago Bears, and loved helping other people. A visitation will be held 5:00 – 7:00 P.M. Wednesday August 4, 2021, at Anderson Funeral Home 427 E. Main St. Hoopeston, IL. The funeral service will be held at 10:00 A.M. Thursday August 5, 2021, at the Rossville United Methodist Church 116 Maple St. Rossville, IL., with Pastor Chris Quick officiating. Burial will follow in Mann’s Chapel Cemetery in rural Rossville. Memorials may be made to the Rossville United Methodist Church 116 Maple St. Rossville, IL 60963 or Hubbard Trail Country Club 13937 E. 3680 North Road Hoopeston, IL 60942.

The family of Richard Dean "Rich" Lee created this Life Tributes page to make it easy to share your memories.

Send flowers to the Lee family.