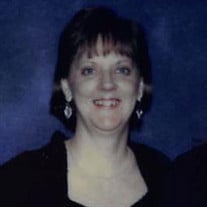 Rebecca Jean (Marshall) Klotzbach, 68, of Rossville, IL, passed away at 4:15 A.M. Monday April 16, 2018 at Carle Foundation Hospital in Urbana, IL. She was born May 27, 1949, in Paxton, IL the daughter of Wayne and Mary (Randish) Marshall. She married David Klotzbach on June 25, 1971 at the Methodist Chapel in Rantoul, IL. He survives in Rossville, IL. She is also survived by her mother, Mary Marshall; two daughters, Nicole Gregory of Rossville, IL and Alexis (Paul) Tomaso of Carol Stream, IL; one son, Ryan (Lauryn) Klotzbach of Elgin, IL; one sister, Sue (David) Walder of Cissna Park, IL; two brothers, Bob (Bethanie) Marshall of Kellart Lake, IL and Ted (Dawn) Marshall of Cave Creek, AZ; four grandchildren, Molly and Erin Gregory and Pauli and Josephine Tomaso; and several nieces, nephews, great-nieces and great-nephews. She was preceded in death by her father, Wayne Marshall and one nephew, Dustin Marshall. Rebecca worked in Commercial Ad Sales for the News-Gazette from 1971-1972. She later worked in bookkeeping and was a retail associate for Michael’s Craft Store from 1989-2012. She was a member of the Grace Lutheran Church in Rankin, where she served as a lay person and the secretary for the Grace Lutheran Church Council. Rebecca was active in organizing and distributing food pantry supplies, made hats for chemo patients, hats and mittens for school age children, and made burial garments for the Preemie Project. She was an organ donor and two-gallon blood donor. She was an avid knitter and taught others to knit. Rebecca also loved baking, attending musicals, and spent countless hours maintaining burial plots of family and friends at Rankin Cemetery. Per her wishes, she will be cremated. In lieu of flowers, memorials may be made to St Jude Cancer Research 501 St Jude Place, Memphis, TN 38105.

The family of Rebecca Jean Klotzbach created this Life Tributes page to make it easy to share your memories.

Send flowers to the Klotzbach family.