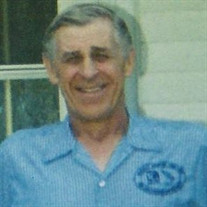 Patrick D. McNeely, 63, of Hoopeston, IL, passed away at 4:54 P.M. Tuesday September 23, 2014 at his home in Hoopeston, IL. He was born June 3, 1951, in Danville, IL, the son of Ivan “Ike” and Hylma (Whiteman) McNeely. He married Patricia D. Buckner on January 12, 1985 in Hoopeston. She survives in Hoopeston. He is survived by one daughter, Marissa McNeely (Louis Reyes) of Owosso, MI; three sons, Nathan (Shona) McNeely of Hampton, VA, Marcus McNeely of Dallas, TX and Robert (Gretchen) McNeely of Brookston, IN; 5 sisters, Myrna (Howard) Johnson of Hoopeston, IL, Maureen Klein of Batavia, IL, Sharon (Don) Frazier of Rankin, IL, Dana (Dan) Mitola of Sumter, SC and Lauren (Tommy) Rutledge of Hoopeston, IL; 5 brothers, William McNeely of Hoopeston, IL, Michael (Cathy) McNeely of Bailey, NC, John McNeely of Armstrong, IL, Joe McNeely of Clarence, IL and Tim McNeely of Rankin, IL; 3 granddaughters; 1 grandson and many nieces and nephews. He was preceded in death by his parents; one infant sister; two sisters, Nancee Mathews and Florence Davis; one nephew, Scott Klein; two sisters-in-law and three brothers-in-law. Pat worked at Quaker Oats for 25 years, until his retirement in 2008. He served in the United States Army from 1970-1972. Pat enjoyed playing cards, working different types of puzzles, spending time with his dog Micah and most of all, spending time with his family. Per his wishes, Pat will be cremated and no services will be held. In lieu of flowers, memorials may be made to his daughter Marissa’s college fund.

The family of Patrick "Pat" Dennis McNeely created this Life Tributes page to make it easy to share your memories.

Send flowers to the McNeely family.