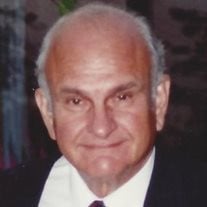 Larry L. Thomas, 79, of Rossville, IL left this life at 11:45 P.M. Wednesday January 29, 2014 at Carle Foundation Hospital in Urbana, IL. Larry was born October 11, 1934 in Danville, IL, the son of Cecil M. Thomas and Verda B. (Robling) Thomas. He married Ruth Ellen Bell on April 3, 1960. She survives in Rossville, IL. Together Larry and Ruth welcomed into their family five children: Mark (Brenda) Thomas, Brian Thomas (deceased), Kevin (Dana) Thomas, Andy Thomas, and Mary (Dan) Luksetich. Brian’s wife, Terri, a loving daughter-in-law and her husband, Terry Kane, are a special part of his family. There are also nine grandchildren and eight great-grandchildren. Larry also leaves behind his sister, Kay Ritter and a brother, Max (Wini) Thomas; several nieces and nephews, as well as Ruth’s two cousins, Mary Ann and Donna Rae who also reside with Larry and Ruth. He was preceded in death by his parents, one brother, Alan and one son, Brian. Larry was a farmer all his life. He was a member of the Rossville Church of Christ and taught the adult Sunday School class for many years. Larry served in the United States Army and was stationed in Fort Wainwright, Alaska. He was an avid woodworker and enjoyed spending time with his family. Memorials may be directed to the Rossville Historical Society 103 W Attica St. Rossville, IL 60963.

The family of Larry L. Thomas created this Life Tributes page to make it easy to share your memories.