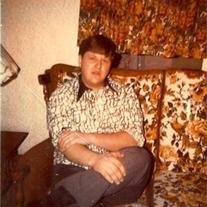 Larry Allen Longfellow, 64, of Hoopeston, Illinois passed away at 8:56 A.M. Sunday, June 2, 2013 at the Carle Hoopeston Regional Health Center. He was born December 14, 1948, the son of Earl and Nadine (Dilly) Longfellow. He married Judy Hurt on June 12, 1972. She survives in Hoopeston. He is also survived by: one daughter, Rebecca (Josh) Siminton of Hoopeston; two sons, Jason Longfellow of Hoopeston and Matthew (Kim) Longfellow of Hoopeston; sisters, Carolyn Carswell, Linda (Randy) Chestnut, Terri (Gary) Bell and Sherry (Danny) Coon all of Hoopeston; two brothers, Earl (Loretta) Longfellow of Washington, IL and Danny Longfellow of Hoopeston; eight grandchildren and many nieces and nephews. He was preceded in death by his parents, a daughter Crystal Longfellow who passed away November 16, 2012, one sister Connie Warner, one brother-in-law George "Bud" Carswell and one nephew Chris Coon. Larry worked at Howards in Milford, IL. He then worked at American Can in Hoopeston, Rantoul Products and the Danville Police Department as a mechanic. He enjoyed fishing, watching Nascar and watching sports, including Illinois and the Chicago Cubs and Bears.

The family of Larry Longfellow created this Life Tributes page to make it easy to share your memories.