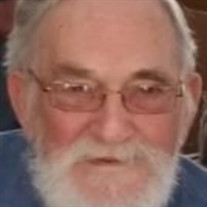 Larry Dale Coon, 85, of Hoopeston, IL, passed away at 1:20 A.M. Monday July 5, 2021, at Accolade Heathcare of Paxton on Pells in Paxton, IL. He was born September 27, 1935, in Hoopeston, IL, the son of Earl and Leila (Wise) Coon. He married Phyllis Yarno on June 8, 1957, at the First Christian Church Disciples of Christ in Hoopeston. She preceded him in death. He is survived by two daughters, Cheryl (Pat) Overlander of Hoopeston, IL and Robin (Frank) Jackson of St. Joseph, IL; one son, Joe Coon of Hoopeston, IL; two sisters, Shirley (Erby) Denney of Rossville, IL and Janice Polson of Hoopeston, IL; three brothers, John (Linda) Coon of Ocala, FL, Alfie (Karla) Coon of Hoopeston, IL and Sammy (Marilyn) Coon of Hoopeston, IL; four grandchildren, Tony (Lucy) Overlander of Hoopeston, IL, Emily (Chad) Defenbaugh of Appleton, WI, Jordan (Maya Clemmons) Overlander of Hoopeston, IL, and Matthew Jackson of St. Joseph, IL; six great-grandchildren, Logan, Hudson, and Olivia Defenbaugh, Nora Overlander, and Quinn and Betsy Overlander; and many nieces and nephews. In addition to his wife, he was preceded in death by his parents; two sisters, Donna and Jeanie; four brothers, Don, Jim, Bill, and Danny; and two brothers-in-law, Gene Polson and Cecil Burge. Larry worked at FMC in Hoopeston as a Tool and Die Maker for 43 years and later worked at Greene’s Galvanized Stairs in East Lynn. He had been member of the Illiana Antique Auto Club since 1963 where he had served as president for two terms. He was also a member of the Advisory Board for the Secretary of State Antique Auto Show. He served as Chairman of the Sweetcorn Festival car show for over 25 years and judged many shows. Larry was a past little league coach and assistant coach of girls’ softball. He also enjoyed working on bicycles out of his garage for many Hoopeston residents. Per his wishes, cremation rites will be accorded. A visitation will be held 10:00 A.M. – 12:00 P.M. Thursday July 15, 2021, at Anderson Funeral Home 427 E. Main St. Hoopeston, IL. The memorial service will follow the visitation and will begin at 12:00 P.M. Thursday at the funeral home with Shawon Wise officiating. Burial will follow in Floral Hill Cemetery in Hoopeston. Larry had a passion for antique cars and the family requests that friends bring their antique car to his service in his memory. Memorials may be made to the Hoopeston Animal Rescue Team or the Save the Lorraine Foundation.

The family of Larry Dale Coon created this Life Tributes page to make it easy to share your memories.

Send flowers to the Coon family.