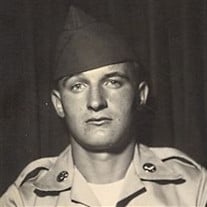 Kenneth Dale Vaughn, 63, of Rossville, IL, passed away at 4:45 P.M. Sunday September 28, 2014, at his daughter’s home in Hoopeston, IL. He was born May 29, 1951, in Danville, IL, the son of Gerald Vaughn and Dorothy (Williams) Goss. He married Jean Davenport on November 5, 1972 in Rossville, IL. She preceded him in death on December 15, 2009. He is survived by four daughters, Mary Vaughn (Paul Baker) of Hoopeston, IL, Bev (Rob) Dalton of Hoopeston, IL, Mandy (Jimmy) Cox of Hoopeston, IL and Shelly Vaughn (Blaine Huls) of Bismarck, IL; one son, Kenny (Stacey) Vaughn of Rossville, IL; seven sisters; one brother; 14 grandchildren and many nieces and nephews. He was preceded in death by his parents, one sister and two brothers. Kenneth was a truck driver for nearly 44 years. He served in the United States Army from 1969-1972. Kenneth enjoyed spending time with his family, especially his grandchildren, taking country cruises and drinking a beer with friends. From his son Kenny, “To those who knew my father, know he was of a different breed. I learned so much about life from this man. There were many days us kids did not agree with his opinions for sure, but he was a loving father and grandfather to all of us. Dad you will be missed. I owe the way I am to you and I thank you. We all thank you for providing the things we needed in life. Love you Dad.” Memorials may be made to the family of Kenneth Vaughn.

The family of Kenneth Dale Vaughn created this Life Tributes page to make it easy to share your memories.

Send flowers to the Vaughn family.