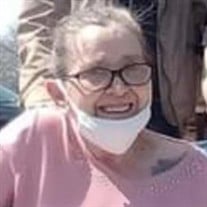 Kathryn E. McQueen, 65, of Danville, IL, passed away at 5:05 P.M. Thursday November 25, 2021, at Accolade Healthcare of Paxton on Pells in Paxton, IL. She was born December 22, 1955, in Danville, IL, the daughter of Hubert and Mary (Barragree) Teegarden. She is survived by one daughter, Angie Cross; one sister, Esther Page; two brothers, Robert (Willie) Teegarden and Paul Teegarden; four grandchildren, Alyssa, Mason, and Breana Merchant and Emalee Allhands; three great-grandchildren, Chance, Jahzlynn, and Rosàlee; and several nieces and nephews. She was preceded in death by her parents and one brother, David Teegarden Sr. Kathryn worked at Casey’s General Store for several years. She also had a newspaper route for over 10 years. She loved motorcycles, cooking, and spending time with family. A graveside service will be held at 11:00 A.M. Tuesday November 30, 2021, at Floral Hill Cemetery in Hoopeston. Memorials may be made to the donor’s choice.

The family of Kathryn E. McQueen created this Life Tributes page to make it easy to share your memories.

Send flowers to the McQueen family.