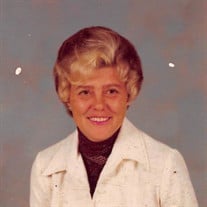 Joyce Ann Morgeson, 81, of Hoopeston, IL, passed away at 8:06 P.M. Tuesday August 1, 2017 at Carle Hoopeston Regional Health Center. She was born April 22, 1936, in Logansport, IN, the daughter of John Krieg and Betty Jane (Herron) Smith. She married Russell Morgeson Jr. on October 11, 1952. He preceded her in death. She is survived by two daughters, Deborah Ann Forlandsaas of Hoopeston, IL, and Cassandra Elaine Allen of Hoopeston, IL; one son, Bobby Joe (Margie Ann) Morgeson of Hoopeston, IL; 10 grandchildren; 8 great-grandchildren and 8 nieces and nephews. She was preceded in death by one son, Mike Morgeson; one grandson, Timmy Dillion; one sister, Janet Maxfield; one daughter-in-law, Patty Morgeson and one sister-in-law, Janice (Don) Herman. Joyce worked at local factories for many years, until her retirement. She was an avid bowler and was in the Hoopeston Bowling Hall of Fame. She also enjoyed going on gambling trips with her friends. Per her wishes, she will be cremated. A graveside service will be held at 11:00 A.M. Wednesday August 9, 2017 at Floral Hill Cemetery in Hoopeston with Sam Terrill officiating. Memorials may be made to the donor's choice.

The family of Joyce Morgeson created this Life Tributes page to make it easy to share your memories.

Send flowers to the Morgeson family.