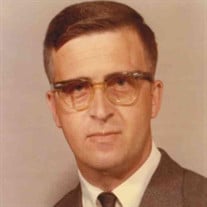 On Sunday, May 24, 2020, Joseph Bernard Means, 92, of Hoopeston, IL, was welcomed to his heavenly home while surrounded by his family. He was born in Danville, Illinois, on November 3, 1927, the son of Earl and Katherine (McElhaney) Means. He married Frances Marie Reece on January 29, 1949. She preceded him in death. He is survived by four children: Linda Means, Hoopeston; Stan Means, Travelers Rest, SC; Loretta (George) Sebastian, Phoenix, AZ; and Teresa (Jim) Moyer of Fishers, IN; four grandchildren—Jared (Lyndsey) Means; Megan (Thomas) Sneed; Travis (Eunike) Sebastian, and Daniel Moyer; five great grandchildren—Nora Katherine Sneed, Harper Jane Sneed, Hattie Elise Means, Jackson Samuel Means, and Caroline Susannah Means. He is also survived by one sister, Jean Marie Glass, and many nieces and nephews. He was preceded in death by his parents, one son, three brothers, two sisters, and one daughter-in-law. Joe started working at Joan of Arc during high school and continued working there for another ten years. Desiring to become a teacher, he enrolled in Danville Junior College and took night classes while working full-time—a pattern he followed for many years until he had earned a master’s degree and an administrative certificate. Joe began his teaching career at Bismarck and remained there for over three decades. He truly loved teaching, coaching spelling and literary teams, and keeping scores for hundreds of ballgames. Joe challenged, inspired, and encouraged students and others to do their best. His faith was his anchor in life. For over seven decades, he was a faithful member of First Baptist Church, serving as teacher, deacon, and Sunday school superintendent. Until his health failed, he attended every service. During the past thirty-two months many have provided love, encouragement, and comfort to him and his family: his Hospice team (Rick Hawkins, Marj Abrajano, Tracy Messer, Vicky Eichelberger, Mike Peterson, Deborah Slack, and Valerie Foster); special caregivers (Pam Barker, Shirley Hall, and Rosalie Hickman), and Don Dean, a long-time friend, who visited him each week. His family, church family, hospice team, and friends brought joy to his life, and he to theirs. In lieu of flowers, donations may be made to First Baptist Church, 323 E. Seminary, Hoopeston, IL 60942 or Carle Hospice 206A W. Anthony Drive, Champaign, IL 61822. An outdoor visitation will be held 11:00 A.M. – 12:30 P.M. Saturday May 30, 2020 at the First Baptist Church Gymnasium, 323 E. Seminary, Hoopeston. A family graveside service will be held at Floral Hill Cemetery. Friends and extended family are encouraged to line North Market Street at 12:45 P.M. Saturday May 30, 2020, to greet the family as they proceed to the graveside rites.

On Sunday, May 24, 2020, Joseph Bernard Means, 92, of Hoopeston, IL, was welcomed to his heavenly home while surrounded by his family. He was born in Danville, Illinois, on November 3, 1927, the son of Earl and Katherine (McElhaney) Means.... View Obituary & Service Information

The family of Joseph Bernard Means created this Life Tributes page to make it easy to share your memories.

Send flowers to the Means family.