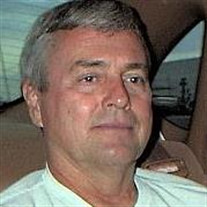 John Oliver “Jonnie” Bell, 79, of Watseka, IL, passed away at 10:11 A.M. Friday, December 27, 2019 at Watseka Health Care. He was born July 6, 1940 in Chicago, IL, the son of John Howard and Helen (Beals) Bell. He is survived by one sister, Christine A. (Lawerence) Wesch of Charleston, IL; one brother, David A. (Cynthia) Bell of Watseka, IL; one niece, Sarah E. (Joe) Combes; one nephew, John H. (Jackie) Bell, II; one great-niece, Ella E. Combes; and three great-nephews, Jack D. Combes, David A. Bell II, and Aiden R. Bell. John also leaves many long-time close friends in the San Diego area. He was preceded in death by his parents and grandparents. John was a Major in the United States Air Force and served until his retirement as a navigator for air transport during the Vietnam War. His hobbies included bicycling and flying remote control airplanes. Per his wishes, he will be cremated, and no services will be held. Memorials may be made to Iroquois Memorial Hospice, 200 N. Laird, Watseka, IL 60970.

The family of John O. "Jonnie" Bell created this Life Tributes page to make it easy to share your memories.