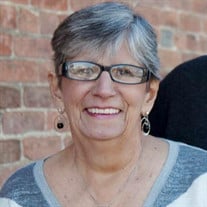 Jennie Lee Swim, 70, of Indianapolis, IN, passed away at 9:10 A.M. Wednesday February 22, 2017 at the Community North Hospital in Indianapolis, IN. She was born November 17, 1946 in Danville, IL, the daughter of Donald Lee and Garnet Imogene (McBride) Milner. She married Gary R. Swim on March 30, 1974 in Hoopeston, IL. He survives in Indianapolis. She is survived by two loving and devoted daughters, Lori Swim (Penny Warner) of Fishers, IN and Jamie Boer of Fishers, IN; five sisters, Jo Milner-Johnson (Gary) of Hoopeston, IL, Jane Milner (Camille) of Round Rock, TX, Donna Smith of Potomac, IL, Barbara Brock (Mike) of Danville, IL, and Rose Mary Milner of Hoopeston, IL; two brothers, Charlie Milner of O’fallon, IL and Odie Milner of Hoopeston, IL; one sister-in-law Roy (Sheri) Bauer of Cissna Park, IL; one brother-in-law Lary (Mary Kay) Swim of Hoopeston, IL; two grandchildren, Evan and Colin Boer, and many nieces, nephews, and great-nieces and nephews. She was preceded in death by her parents, mother-in-law, Anna Swim, brother-in-law, Lannie Smith, and two sons, Johnny Ray and Donald Eric. Jennie worked various jobs throughout her life to support her family. She retired from her last and most favorite job in 2013 where she worked as a store manager at the Watchman in Laughlin Nevada. She loved her “retired” life in Bullhead City Arizona where she enjoyed her friends, traveling and playing bingo. Jennie’s true love was her family. She always put family first and friends were an added bonus. The best words to describe Jennie Swim are kind, loving, generous, compassionate, and the list goes on and on. Jennie was a devoted mother, wife, sister, aunt, friend, daughter and grandmother. Anyone who had the privilege of meeting Jennie instantly felt love. Jennie enjoyed watching her grandsons participate in sports and being a part of anything they were doing. Jennie returned to Indiana every summer to spend time with her girls and grandsons. She will be missed, but will live on in everyone’s hearts she touched. A visitation will be held 10:00 A.M. – 1:00 P.M. Saturday February 25, 2017 at Anderson Funeral Home 427 E. Main St. Hoopeston, IL. The funeral service will follow the visitation at 1:00 P.M. Saturday February 25, 2017 at the funeral home with Pastor Joe Freeman officiating. A graveside service will follow at Mann’s Chapel Cemetery in Rossville. A celebration of life will follow the graveside service. Memorials may be made to Community Health Network Oncology 7240 Shadeland Station, Ste. 125 Indianapolis, IN 46256.

Jennie Lee Swim, 70, of Indianapolis, IN, passed away at 9:10 A.M. Wednesday February 22, 2017 at the Community North Hospital in Indianapolis, IN. She was born November 17, 1946 in Danville, IL, the daughter of Donald Lee and Garnet Imogene... View Obituary & Service Information

The family of Jennie Lee Swim created this Life Tributes page to make it easy to share your memories.

Send flowers to the Swim family.