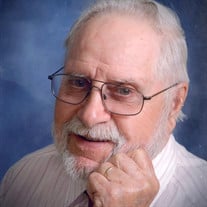 James Christopher “Jim” Thilmony, 88, of Rankin, IL, passed away at 11:43 P.M. Saturday December 26, 2015 at his home. He was born August 16, 1927 the son of William and Cleo (Bruner) Molloy. James was adopted in 1940 and raised by John and Mayme Thilmony of Rankin. He married Geneva Frichtl on November 27, 1951 at the Holy Trinity Church in Rankin. She survives in Rankin. He is survived by two daughters, Margaret (James) Trost of Fairbury, IL and Therese (Ron) LeClair of Cullom, IL; six sons, James Michael (Anne) Thilmony of Cissna Park, IL, Steve (Kim) Thilmony of Paxton, IL, Mark (Janet) Thilmony of Brandon, FL, David (Mary) Thilmony of Rantoul, IL, Tim J. (Bev) Thilmony of Champaign, IL and Bill (Dawn) Thilmony of Cooksville, IL; two sisters, Esther Bryner of Neponset, IL and Margaret Parlier of Peora, IL; 24 grandchildren; 36 great-grandchildren and several nieces and nephews. He was preceded in death by his parents; one baby sister and two brothers, William Molloy and Edward Thilmony. Jim was a farmer and also worked at Caradco from 1978 until his retirement in 1993. He served in the United States Army from 1946 – 1947. Jim was a reader at the Holy Trinity Church in Rankin, before becoming a member of the St. Anthony Catholic Church in Hoopeston, where he also served as a Eucharistic Minister for many years. He was a past school board member for both Rankin Grade School and High School and was also a member of the Knights of Columbus and the Cissna Park American Legion Post 527. Jim enjoyed gardening, woodworking, camping and flying, but most of all, he loved his children, grandchildren and great-grandchildren. A visitation will be held 4:00 – 7:00 P.M. Tuesday December 29, 2015 at Anderson Funeral Home 427 E Main St. Hoopeston, IL, with a rosary service at 6:45 P.M. The funeral mass will be held at 11:00 A.M. Wednesday December 30, 2015 at St. Anthony Catholic Church 423 S. Third St. Hoopeston, IL, with Father Patrick O’Neal officiating. Burial will follow in the Rankin Union Cemetery in Rankin, IL. Military rites will be accorded by the Cissna Park American Legion Post 527. Memorials may be made to the Cissna Park American Legion Post 527 124 S 2nd, Cissna Park, IL 60924 or St. Anthony Catholic Church 423 S. Third St. Hoopeston, IL 60942.

The family of James Christopher "Jim" Thilmony created this Life Tributes page to make it easy to share your memories.

Send flowers to the Thilmony family.