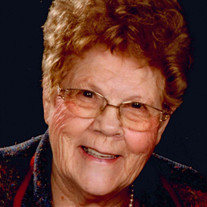 Geneva (Remole) Stipp, 88, of Rossville, IL formerly of Hoopeston, IL, went to be with the Lord at 12:37 A.M. Friday March 18, 2016 at her home surrounded by her family. She was born June 21, 1927, in Evansville, IN, the daughter of Raymond and Ola Mae (Kelly) Remole. She married Earl Stipp on October 27, 1946 in Potomac, IL. He preceded her in death on August 28, 2013. She is survived by one daughter, Patricia (Danny) Eckert of Grand Rapids, MI; three sons, Richard (Nancy) Stipp of Hoopeston, IL, Michael (Karen) Stipp of Normal, IL and Jeffrey (Holli) Stipp of Danville, IL; one brother, Delbert (Fran) Remole of Potomac, IL; three sisters-in-law, Mary Jane Remole of Marietta, GA, Jenny Stipp of Hoopeston, IL and Myra Leigh of Mesa, AZ; fourteen grandchildren; twenty-two great-grandchildren and many nieces and nephews. She is also survived by her late son Jerry’s wife Karen (Dan) McLean of Xenia, OH. She was preceded in death by her parents; one son, Jerry Stipp; two brothers, Charles (Lorraine) Remole and Lawrence “Sonny” Remole and two brothers-in-law, Ray Stipp and Don Leigh. Geneva was a devoted wife, mother, grandmother, great-grandmother, sister and aunt. She was a homemaker, who enjoyed caring for her family. She was a charter member of the Hoopeston Community Church of the Nazarene, where she was very active and was also an active member of the Red Hat Society. Geneva’s hobbies included cooking and sewing. The family will be celebrating Geneva’s life with a visitation from 4:00 – 8:00 P.M. Wednesday March 23, 2016 at the Hoopeston Community Church of the Nazarene 402 E. Honeywell Ave. Hoopeston, IL. A visitation will also be held 10:00 - 11:00 A.M. Thursday March 24, 2016 at the church. The funeral service will begin at 11:00 A.M. Thursday, with Pastor Jeff Alexander officiating and Rev. Cory Stipp assisting. Burial will follow in the Floral Hill Cemetery in Hoopeston. Memorials may be made to the Hoopeston Community Church of the Nazarene 402 E. Honeywell Ave. Hoopeston, IL 60942.

The family of Geneva (Remole) Stipp created this Life Tributes page to make it easy to share your memories.

Send flowers to the Stipp family.