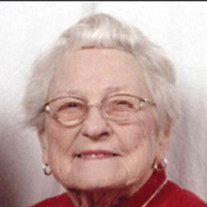 Dorothy Louise Richards, 94, of Hoopeston, IL, passed away at 3:40 P.M. on Monday January 27, 2014 in Scottsdale, AZ. She was born September 23, 1919, in Rossville, IL, the daughter of Frank and Bessie (Peterson) Youngblood. Dorothy married Russell Earl Richards on May 28, 1939, in Hoopeston, IL. He preceded her in death on November 14, 1984. She is survived by one daughter, Linda M. (Jack) Shoemaker of Scottsdale, AZ; two sons, James E. (Betty) Richards of Hoopeston, IL and Frank W. (Marilyn) Richards of Crystal Lake, IL; twelve grandchildren, twenty great-grandchildren and several nieces and nephews. She was preceded in death by her parents; five sisters, Mabel, June, Blanche, Opal and Betty Jane and three brothers, Ralph, Phillip and Donald. Dorothy was a hairdresser for many years. She later worked at American Can in Hoopeston, until her retirement. She was a member of the Antioch Church of Christ in rural Rossville and served as an election judge for many years. Dorothy enjoyed bowling for many years, playing euchre with various groups and was an avid gardener, sharing her produce with others. She also enjoyed crocheting, knitting and doing intricate cross-stitch and shared her crafts with family and friends, her projects are now all over the United States and Canada. Dorothy’s greatest enjoyment was spending time with her family and she was the best grandma ever. In lieu of flowers, memorials may be made to the Antioch Church of Christ 37605-B N 1900 East Road Rossville, IL 60963 or the Hoopeston Multi-Agency 206 S. First Ave. Hoopeston, IL 60942.

The family of Dorothy Louise Richards created this Life Tributes page to make it easy to share your memories.

Dorothy Louise Richards, 94, of Hoopeston, IL, passed away at...

Send flowers to the Richards family.