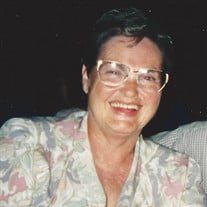 Donna Gay Haxton, 75, of Hoopeston, IL, passed away at 11:05 P.M. Wednesday July 9, 2014 at her home in Hoopeston. She was born April 23, 1939, in Danville, IL, the daughter of John “Jack” L. and Arvona R. (Barr) Mitchell. She married Orville Haxton on October 6, 1979, in East Lynn, IL. He survives in Hoopeston. She is survived by one daughter, Betsy (Dan) Smith of Tuscola, IL; one son, Scott (Sharon) James of Catlin, IL; two step-daughters, Tracy (Bob) Whitis of Surprise, AZ and Becky McKenzie of Orange Vale, CA; one step-son, Eric Haxton of Phoenix, AZ; one sister, Sharol (Don) Senn of Hoopeston, IL; 23 grandchildren; 1 great-grandchild and many nieces and nephews. She was preceded in death by her parents and one infant son, John Dean. Gay worked at the Hoopeston Hospital for 20 years as a registered nurse and also served as Director of Nursing. She later worked at the VA Illiana Healthcare System in Danville. She was a member of the Milford Christian Church. Gay enjoyed reading, sewing, crocheting and knitting. She also enjoyed playing the piano, the flute and the accordion. Memorials may be made to the Iroquois Memorial Hospice 200 Laird Lane, Watseka, IL 60970.

The family of Donna Gay Haxton created this Life Tributes page to make it easy to share your memories.

Send flowers to the Haxton family.