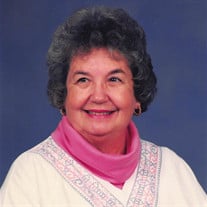 Dolores Grae Schellhardt, “Dee”, 92, of Hoopeston, IL, passed away Sunday, December 17, 2017, at Heritage Health Therapy and Senior Living in Hoopeston, after a short illness. Born December 5, 1925, to Aleen and Joel Howell of Herrin, IL. Mrs. Schellhardt was a housewife and worked for a while at Sears, Montgomery Ward, and the Hoopeston Chronicle Herald. She sang in the church choir for many years and was a frequent soprano soloist at community events in Hoopeston. When a teenager, Dee won a Midwest regional talent competition and joined other regional winners in Los Angeles. She passed along her singing and acting talents to several of her grandchildren and great-grandchildren and, in 1991, she accompanied a teenage granddaughter who had a starring role in “What’s Eating Gilbert Grape.” Dee was an avid reader and a devout Christian. Her greatest joy in life was spending time with her children, grandchildren and great-grandchildren. She graduated from Columbia High School, and on July 5, 1944, married Maurice E. Schellhardt in Columbia, IL. He preceded her in death on October 30, 1990. She also was preceded in death by her parents, a stepsister, and two grandchildren. She is survived by four sons, Thomas (Carolyn) of Lenexa, KS; Timothy of Chicago; daughter – in – law Barbara Schellhardt of Evanston, IL; Jeffrey (Betsy) of Hoopeston, IL; and John of Hoover, AL. Also surviving are eight grandchildren and twelve great – grandchildren. Funeral services will be held at the First Presbyterian Church, 915 E. Orange St., Hoopeston, IL, on Thursday, December 21, at 11:00 A.M., with Rev. Wade Meranda officiating. Visitation will be held at Anderson Funeral Home, 427 E. Main St. Hoopeston, IL, on Wednesday, December 20 from 6:00 P.M. – 8:00 P.M. Burial will be in Floral Hill Cemetery in Hoopeston. Memorials can be made to the Hoopeston Public Library 110 N. 4th St. Hoopeston, IL 60942 or the First Presbyterian Church 915 E. Orange St. Hoopeston, IL 60942.

The family of Dolores "Dee" Schellhardt created this Life Tributes page to make it easy to share your memories.

Send flowers to the Schellhardt family.