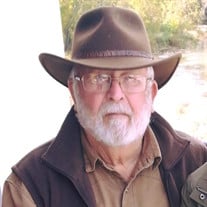 Dennis L. Barragree, 77, of Rossville, IL, passed away at 6:30 A.M. Friday, March 24, 2017, at Colonial Manor in Danville, IL. He was born August 25, 1939, in Danville, IL, the son of Phillip and Cecil (Jackson) Barragree. He married Carolyn Hughes on September 6, 1959 at the Rossville United Methodist Church. She preceded him in death. He is survived by two daughters, Melissa (Dan) Mikel of Rossville, IL and Kerry (Matt) Ludwig of Bloomington, IL; three sons, Brian Barragree of Absarokee, MT, Scott (Kathy) Barragree of Colorado Springs, CO and Brian Whitney of Danville, IL; 14 grandchildren; 6 great-grandchildren and 2 nieces, Marge Jackson Bunting and Karen (Boyd) Jackson Cope. He was preceded in death by his parents and two special cousins, William (Betty) Jackson and James Jackson. Dennis held various jobs in his lifetime including farming, working at the Hoopeston Feed Lot, heavy equipment operator and later worked at KIK Custom Products in Danville as a security guard. Dennis was a former trustee for the Village of Rossville and also served on the cemetery board for Ross/South Ross. He loved his country and his community. He attended Morning Star Church in Rossville. Dennis enjoyed volunteering at the MSC Food Pantry. Dennis was faithful, dependable, loyal and wise. He was a good storyteller, always enjoying a good joke over a cup of coffee. His sometimes gruff exterior hid a soft, compassionate heart. He was an avid animal lover, especially his beloved Blue Heelers. Many stray animals found a home with him. With their steadfast faith in God, he and his wife Carolyn greatly influenced their family as well as many others. A visitation will be held 10:00 A.M. - 12:00 P.M. Thursday March 30, 2017 at Anderson Funeral Home 427 E. Main St. Hoopeston, IL. The funeral service will follow the visitation and will begin at 12:00 P.M. Thursday March 30, 2017 at the funeral home with Pastor Dan Mikel and Rev. Gary Ingold officiating. Burial will follow at Mann's Chapel in rural Rossville, IL. Memorials may be made to the donor's choice.

The family of Dennis L. Barragree created this Life Tributes page to make it easy to share your memories.

Send flowers to the Barragree family.