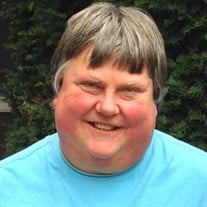 Danny Len Longfellow, 58, of Hoopeston, IL, passed away at 3:40 P.M. Friday January 22, 2016 at his home. He was born June 8, 1957, in Danville, IL, the son of Earl and Nadine (Dilley) Longfellow Jr. He is survived by four sisters, Carolyn Carswell, Linda (Randy) Chesnut, Sherry (Danny) Coon and Terri (Gary) Bell all of Hoopeston, IL; one brother, Bud (Loretta) Longfellow of Washington, IL; 8 nieces; 10 nephews and many great-nieces and nephews and great-great-nieces and nephews. He was preceded in death by his parents; one sister, Connie Warner; one brother, Larry Longfellow; one brother-in-law, George Carswell; one niece, Chrystal Longfellow and one nephew, Chris Coon. Danny worked at Stokley’s, Bell’s Painting and Mowing and Bob’s Carpet Cleaning. He enjoyed bowling, playing cards, drawing, fishing and hunting. He was an avid sports fan and especially liked the Fighting Illini, Chicago Bears and Chicago Cubs. Danny was also a past girls’ softball coach in Hoopeston. He was very quick witted and had a loving personality that could make everyone laugh. He loved his family and enjoyed spending time with them. A visitation will be held 11:00 A.M. – 1:00 P.M. Wednesday January 27, 2016 at Anderson Funeral Home 427 E. Main St. Hoopeston, IL. The funeral service will follow the visitation and will begin at 1:00 P.M. Wednesday January 27, 2016 at the funeral home, with Pastor Micah Mobley officiating. Burial will follow in the Floral Hill Cemetery in Hoopeston. Memorials may be made to the Hoopeston Area Sports Boosters 615 E. Orange St. Hoopeston, IL 60942 or to the donor’s choice.

The family of Danny Len Longfellow created this Life Tributes page to make it easy to share your memories.