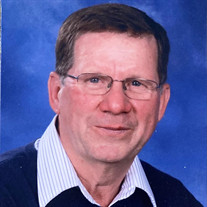 Charles William “Bill” Crusinberry, 72, of Hoopeston, IL, passed away at 5:17 P.M. Friday December 17, 2021, at his home. He was born July 27, 1949, in Danville, IL, the son of Floyd Cecil and Wanda June (Rothgeb) Crusinberry. He married Brenda Kay Denton on March 1, 1999, in Mesa, AZ. She survives in Hoopeston. He is also survived by four daughters, Tina (Greg) Samet of Hoopeston, IL, Jeannie Miller of Hoopeston, IL, Lisa (Bryan) Johnson of Hoopeston, IL, and Stephanie (Brandon) Reffett of Pace, FL; one brother, Raymond “Skip” (Dawn) Crusinberry of Fresno, CA; eight grandchildren, Story (Rachel) Fenner, Kaylynn Bridgeman, Erica (Jeremy) Weber, Andrew Samet, Shelby Mayberry, Owen Reffett, Sidda Johnson, and Addisen Reffett; 2 great-granddaughters; 1 great-grandson; a special aunt, Joan Anderson; and many nieces and nephews. He was preceded in death by his parents and one brother, Delmar Wayne Crusinberry. Bill previously owned and operated Crunch’s Restaurant in Hoopeston for nearly 14 years. He also worked at DM Fertilizer which became Crop Production Services and later Nutrien Ag Solutions in Hoopeston for 20 years. Bill loved serving his hometown community as a humble servant, serving as the Mayor of Hoopeston for over 12 years and previously serving as a Hoopeston Alderman for 4 years. He was a member of the First Church of God in Hoopeston. He was also a member of the Hoopeston Chamber of Commerce, the Lion’s Club, the Sons of the American Legion where he held various offices and was a member of the Hoopeston Jaycees where he had previously served as Chapter Treasurer and was the past Chairman of the National Sweetcorn Festival in 1984. Bill enjoyed watching sports especially the St. Louis Cardinals and the Fighting Illini. He also enjoyed spending time with his family and traveling with his wife, Brenda. Bill was known for being very kind-hearted and always helping others. Per his wishes, he will be cremated. A visitation will be held 4:00 – 6:00 P.M. Thursday December 23, 2021, at the First Church of God 1004 E. Orange St. Hoopeston, IL. The memorial service will follow the visitation and will begin at 6:00 P.M. Thursday December 23, 2021, at the church with Larry Baughn officiating. A private family burial will be held. Memorials in Bill’s honor may be made to the First Church of God 1004 E. Orange St. Hoopeston, IL 60942 or the Gary Sinise Foundation (Homes for Disabled Veterans) P.O. Box 368 Woodland Hills, CA 91365.

The family of Charles William "Bill" Crusinberry created this Life Tributes page to make it easy to share your memories.

Send flowers to the Crusinberry family.