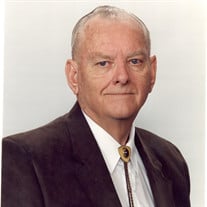 Charles Eugene “Gene” Beckner, 82, of Hoopeston, IL passed away at 3:24 P.M. Monday, June 22, 2015 at his home, surrounded by his family. He was born February 7, 1933 in Hoopeston, IL, the son of Virgil and Ida (Bishop) Beckner. He married Velma Turnpaugh on March 9, 1952 in Pence, IN; together they had three daughters, Teresa, Marilyn, and Gina. She passed away April 19, 1978. He later married Ramona Brown on June 8, 1973 in Danville, IL; he welcomed three step-sons Greg, Stephen, and Randy. She preceded him in death on January 14, 2003. He is survived by three daughters, Teresa (Mark) Winchester of Danville, IL, Marilyn Danner of Rossville, IL, and Gina (Rod) Gaddis of Monticello, IN; three step-sons, Greg (Sue) Brown, Stephen (Kathy) Brown both of Danville, IL and Randy Brown of Tucson, AZ; eleven grandchildren and twelve great-grandchildren. Gene was preceded in death by his parents; two sisters, Nell Cropper and Lena Weston; six brothers, Virgil Jr, Perry, Roy, Marion (Bud), Joe and Guy Beckner and one son-in-law Rob Danner. Gene was well known as one of the area’s first “Big Farmers”. He started farming in 1950 as a junior in High School with 80 acres and built his operation to 3,700 acres by 1978. He designed and built a 300,000 bushel grain handling setup that was featured in Farm Journal Magazine, as well as numerous articles in Big Farmer Magazine. Gene served his community on the Vermilion County Board for 19 years; he was the board chairman for six years. He also served on the Danville Area Economic Development Corporation Board. He was a member of the Hoopeston Lions Club, Hoopeston Jaycees, I & I Antique Tractor Club, Vermilion County Republicans, Illini Rebounders Club, and was a Charter Member of the Rossville FFA. Gene was humbled by the numerous awards and honors he received, including Lion of the Year and US Chamber of Commerce Outstanding Farmer. Gene enjoyed restoring and displaying his antique tractors in many parades and events. He especially enjoyed spending time with family and friends at their lake home in Monticello, IN, listening to classical music, playing the saxophone and boating. His best friends were his numerous pets. A visitation will be held 4:00 P.M. – 8:00 P.M. Thursday June 25, 2015 at Anderson Funeral Home 427 E. Main St. Hoopeston. The funeral service will be held at 11:00 A.M. Friday June 26, 2015 at the funeral home, with Steve Unger officiating. Burial will be at Floral Hill Cemetery in Hoopeston. Memorials may be made to the Carle Hoopeston Regional Health Center 701 E. Orange St. Hoopeston, IL 60942 or Hoopeston Area FFA Alumni Association c/o Anderson Funeral Home 427 E. Main St. Hoopeston, IL 60942.

The family of Charles Eugene "Gene" Beckner created this Life Tributes page to make it easy to share your memories.

Send flowers to the Beckner family.