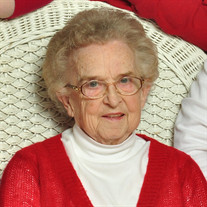 Carol Morgan Newman, 87, of Hoopeston, IL, passed away at 2:06 A.M. Saturday, September 13, 2014, at Heritage Health Therapy & Senior Care in Hoopeston. She was born April 16, 1927, in Pana, IL, and was the daughter of Ralph D. Williams and Cecil and Florence Ethel (Morgan) Curry. She married Cyril T. “Mike” Newman on February 22, 1949, at the Holy Trinity Catholic Church in Rankin, IL. He preceded her in death on August 25, 2000. She is survived by three daughters, Christine Newman of Hoopeston, IL, Teresa “Teri” (Joe) Gaffney of Hoopeston, IL and Martha Newman of Dacula, GA; two sons, Greg (LuAnn) Newman of Catlin, IL and Andy (Ginger) Newman of Hoopeston, IL; one sister, Joyce Elliott of Bonaire, GA; two brothers, Michael (Marion) Curry of Tifton, GA and David (Linda) Curry of Warner Robins, GA; one sister-in-law, Catherine Houmes; seven grandchildren, Ryan (Kate) Newman, Carl (Allie) Newman, Nate Alliss, Morgan Newman, Michael Newman, Eric (Patty) Gaffney and Jeff (Amanda) Gaffney; 10 great-grandchildren; one great-great-grandchild and many nieces and nephews. She was preceded in death by her husband, her parents, two sisters, Peg Johnson and Nancy Curry, one brother, Ralph Curry, and one granddaughter, Christy Newman. Mrs. Newman attended John Greer High School, where she was a 1945 graduate. While in high school, she played the saxophone and was part of the all-girls “Dad Marvin’s Rhythm Band”, performing in area clubs during World War II. She also sang in the band occasionally, as well as singing for numerous weddings. Carol went on to complete her nurse’s training at Lakeview School of Nursing in Danville and was a member of the last class of cadet nurses funded by the federal government during World War II (US Army Cadet Nurse’s Corps). After graduation in 1948, she began working as a nurse at Lakeview Hospital and later at Paxton Hospital, until becoming a homemaker and farm-wife. She worked side-by-side with her husband raising their family and helping in the fields and with the livestock. When her youngest child entered grade school, Carol became the school nurse at Rankin Grade School. She later worked as the Child/Maternal Health Coordinator at the Vermilion County Health Department, until her retirement in 1993. After retirement, she volunteered at well-baby clinics, as her mission was to assure that all children were cared for. Carol was a member of the Hoopeston United Methodist Church. She had a wonderful sense of humor and quick wit and was also an outstanding cook. Carol enjoyed playing euchre and flower and vegetable gardening, but most of all, she loved being a mom and grandma. Memorials may be made to the Hoopeston United Methodist Church for their Blessings in a Backpack Program 403 E. Main St. Hoopeston, IL 60942, Presence United Samaritans Medical Center Foundation 812 North Logan Avenue Danville, IL 61832 or Heritage Health Therapy & Senior Care 423 N. Dixie Highway Hoopeston, IL 60942. The family would like to give a special thanks to the staff at Heritage Health Therapy & Senior Care, Presence United Samaritans Medical Center, and Dr. Thomas Halloran.

The family of Carol Morgan Newman created this Life Tributes page to make it easy to share your memories.

Send flowers to the Newman family.