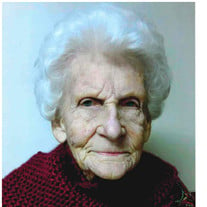 Barbara Jean Sanders, 89, of Hoopeston, IL, passed away at 2:14 A.M. Wednesday, May 19, 2021 at her home. She was born August 23, 1931, in Hoopeston, IL, the daughter of Charles and Mable (Burnham) Leemon. She is survived by two daughters, Deb Sanders Terhune of AR and Carolyn Sanders of WI; three sons, Michael Sanders of IL, George Alan Sanders of IL, and John Sanders of NC; fifteen grandchildren; nine great- grandchildren; and many nieces and nephews. Barbara was preceded in death by her parents; one son, Raymond Richard “Dick” Sanders III; and two brothers. Barbara worked as a home health aide for the Vermilion County Health Department. She was a member of the Hoopeston United Methodist Church where she helped with their program, Feed My Lambs and served on many mission trips within the United States. She was also a member of the VFW in Hoopeston, the American Legion Auxiliary, and the UMC Women’s Group. Barbara had traveled throughout the United States, Canada, and Mexico. A visitation will be held 10:00 A.M. – 12:00 P.M. Monday, May 24, 2021 at Anderson Funeral Home 427 E. Main St. Hoopeston, IL. A burial will be held at 2:00 P.M. Monday May 24, 2021 at Floral Hill Cemetery in Hoopeston. In lieu of flowers, memorials may be made to Feed My Lambs, United Methodist Church 403 E. Main St. Hoopeston, IL 60942.

The family of Barbara Jean Sanders created this Life Tributes page to make it easy to share your memories.

Send flowers to the Sanders family.